The tendency when there is conflict is to react in one of two ways. I can defend myself and assume the other person is in the wrong, or I might humble myself and agree with the criticism just leveled at me.  Well, there is a third option, the kind when we might not agree with what is said, but still not respond in anger. I’ll get to that in a minute. 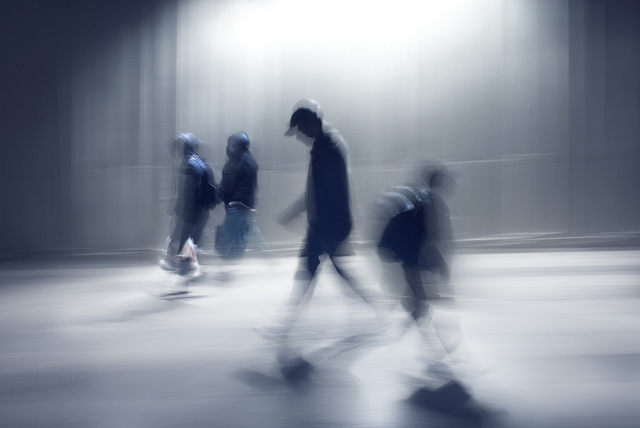 It took me a long time to understand that conflict of any kind is a double-edged sword. In fact, my impulse now is to assume God is doing two things at the same time in the context of conflict. He is working in my adversary’s life and my life at the very same time. It can happen, and often happens in ministry.

Okay, let me get a bit more personal on this one. I would not say I have a contentious personality. Most people would probably describe me as relatively calm and controlled. I don’t often get angry and rarely lose my temper. Oh yeah, my wife just reminded me about the argument we had about sixteen years ago. The one where I ran out of words, and threw a salad bowl against the wall. It was also the day I discovered that cucumbers stick on walls better than tomatoes do. Back to me. Through most of my life I have enjoyed good relationships and gotten along quite well with people. I jokingly say that in twenty-nine years of pastoring, I can count on one hand those who I think don’t like me that much, and all of them were in one church I pastored.

During that season I discovered a great deal about myself. I even wonder now if God purposefully put certain difficult people in my life for two reasons. I call it the divine orchestration of relationships. First, I believe, by putting that person in my path, God is confronting something in his or her life. And, secondly, he is using that person and the criticism leveled at me, to peel another layer off my own stubborn heart. What has helped me keep my sanity as a pastor is to assume right away that I am not always the problem when something contentious happens. If I am, God will reveal that to me. Otherwise, the person who just said what he said to me, maybe did so because of the rhythms in his own life. He has his own history, his own story of brokeness and patterns of responses that explains the personality that now defines him, and even his manner toward me. He did not have a perfect life until suddenly he met me. I am not the reason for the way he is. And that frames my response. I have no control in the way other people are. I do have control, though, of the way I am. So, at times, I believe, God puts a difficult person in my life to show me just a bit more about myself. Where my attention is not on what was said to me, or about me, but on my response to what I might think was unfair or unjust.

There will always be tensions and conflicts in our lives. Until Jesus returns, we will struggle with each other and be tested. You have two choices. Fight conflict, or allow the Holy Spirit to use it to make you more like his friend, Jesus. Getting to that point will not easily change the other person. The struggle might continue until the end. Imagine though, living victoriously because you look inside yourself before you react. Lately, I have been working really hard at throwing fruit instead of salad. The sort Paul speaks about in Galatians 5. The kind that sticks, on people, not walls.  But the fruit of the Spirit is love, joy, peace, forbearance, kindness, goodness, faithfulness,  gentleness and self-control. Against such things there is no law.  Those who belong to Christ Jesus have crucified the flesh with its passions and desires.  Since we live by the Spirit, let us keep in step with the Spirit. Let us not become conceited, provoking and envying each other. Gal. 5:22-26

I believe this kind of fruit is born best out of the seed of conflict.