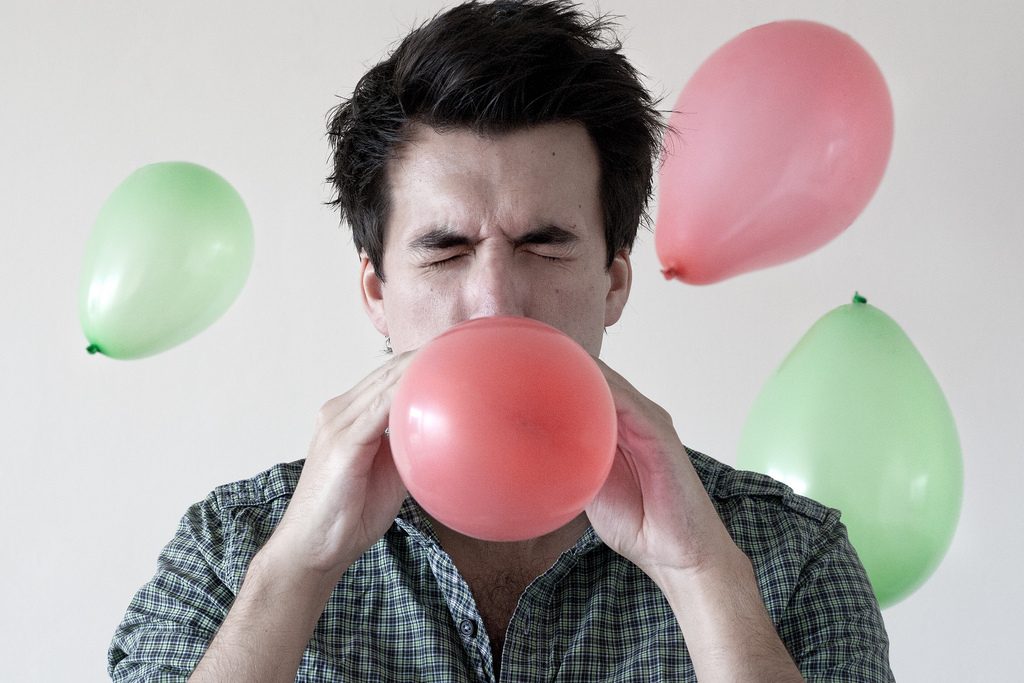 The Capacity to Forgive

It’s hard to forgive. Really hard. It’s like trying to blow up a brand new balloon, which at first invites only small amounts of air, but the more you put in, the larger the balloon expands. Similarly the capacity to forgive enlarges with each expression. That first expression of forgiveness is hard, almost brutal because of all that is forfeited, such as the right to anger, the sense of injustice and ensuing bitterness. All this must be released with that first exhale. So, yes it’s hard, but after doing it you’re so glad you did. And the more you do it, the easier it gets, and, like that balloon, the capacity to do so increases greatly, as does the capacity to love.

When Jesus told Peter he needed to forgive 77, not just 7 times (Matthew 18:21-22), Jesus was doing more than giving his friend a mathematical challenge. Jesus knew each time Peter forgave, his desire to forgive would increase. Jesus promised Peter that his willingness to forgive was as good for him as it was for the person who offended him. The double blessing of forgiving is that it contributes to our own spiritual growth and enlarges the capacity to love; the person, forgiven, is also blessed. 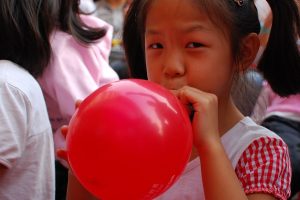 One of my favorite moments as a pastor is seeing hurting and broken relationships restored when the wounds from words and actions are buried at the cross. To get there, two people have to admit their wrong, accept responsibility and lovingly embrace the other person. And as Corrie Ten Boom says, there is then a “No-Fishing” sign at that place.

Sadly, and unnecessarily, many believers walk through life hampered by never experiencing this kind of full healing. Much of it comes from not being willing to exhale that first breath.

When It Flows From the Heart

I urge people, sometimes a husband, or a wife who’s been wounded by the other that the first move toward restoration happens in the mind. …as the Lord has forgiven you, so you also must forgive. (Col.3:13). It’s a choice. An act of the will. It’s the right thing to do. Once that decision is made it must be expressed. The choice to forgive cannot remain unexpressed. It must now drop down to the heart and flow out from there. That first expression is powerful and far reaching. The conversation will go something like this. (The two names are totally made up so if are Nate or Sally, don’t take it personally.)

“Nate, do you want to forgive Sally?”

“Sally, would you be willing to ask Nate for forgiveness and even forgive him for what he’s done to you?”

“Okay, I’m going to ask you both a question that could change everything. It’s not going to be easy to answer, but be as honest as you possibly can.”

“What do you believe Jesus wants you both to do?”

“Well, I know the Bible says I am to forgive Sally.”

“Ditto, I know the gospel is very clear about that; if Nate forgives me, I know I am to embrace that.”

I let the question, and their answers linger there for about 20, seconds hoping it would flow from the mind and find a place to lodge now in their hearts ready to be expressed in healing words.

“Okay, now what I’m going to ask next might sound harsh, but it will point you in the right direction. You might not feel like you’re moving toward each other right now, but you can, by the power and help of the Holy Spirit at least turn and face each other, rather than what you have done in turning, and existing away from each other.”

Both appear pensive, knowing what comes next might challenge their posture toward each other and force them to relinquish the right to anger.

Both nod indicating they are.

“You both readily assented to what Jesus is asking you to do. Let me ask you now, do you want to be obedient to him?”

I know they feel cornered, pinned to have to give all the right, Sunday-School kind of answers.

Both answered with “yes,” knowing what came next would challenge that expected answer.

“Okay, I want you both to look at each other, hold hands, too, if you don’t mind, and look at each other and say two simple phrases. ‘I am so sorry for hurting you’… ‘Would you forgive me?’ And once you have each said that, respond to each other by saying, ‘Yes, I forgive you.”

Both Sally and Nate do this, Nate especially chokes on his words, while Sally fights back tears.

Something happened in that moment. It was just the beginning, and I told them so.

“Sally and Nate, this is just the start. I guarantee that if the posture of your mind and heart is to be obedient to Jesus, and if you do what we just did here, even if it seems orchestrated, once a day, the capacity you will have to love each other will increase dramatically.”

The Reward of Forgiving

I then read them those words of Jesus, to Peter, about forgiving 77 times from Matthew 18:21-22. Then Peter came up and said to him, “Lord, how often will my brother sin against me, and I forgive him? As many as seven times?” Jesus said to him, “I do not say to you seven times, but seventy-seven times.

Forgiving is hard. But you will never know the blessing until you make the first move. Years later, Peter would write this; Above all, keep loving one another earnestly, since love covers a multitude of sins. (1 Peter 4:8)

“Love is an act of endless forgiveness.” – Jan Caron