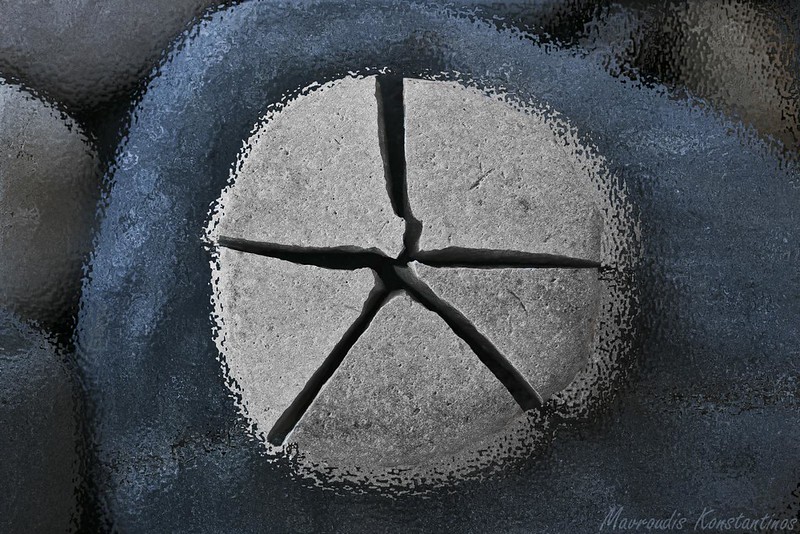 All that is going on around us has me considering again the power of the gospel of Jesus. It’s an expansive power that first reveals our need, our sin, before it can take us to the place of healing, the cross itself where Jesus died in our place, for us. The only place for restoration is the cross. The cross tells us we are sinners. Hopeless. Dead. Deserving the full wrath of God, deserving Hell. But Jesus took it for us. An exchange took place at the cross; our sin, for his righteousness. On the other side of the cross, the burial and resurrection now behind Jesus, the gospel offers a fuller more victorious message. There is hope for the brokenness in our world. There is hope for our nation. The gospel, this story of who Jesus is and why he came and what he did tells us we are still sinners, still deserving death, but also promising us that we will never receive the justice we deserved. Because of Jesus, and what he did in our place. It’s a story we remind ourselves of daily.

And the gospel does divide. It must. Ultimately, when it’s all over with, Jesus graciously, and thankfully warned us of what will happen to those who reject the gospel. It’s a horrible, dark scene, but one that ought to make us rush to him for reconciliation and forgiveness. And rush to our friends and family to warn of the cost of ignoring Jesus. It’s that final moment Jesus once described this way, as the final divide:

“When the Son of Man comes in his glory, and all the angels with him, he will sit on his glorious throne.  All the nations will be gathered before him, and he will separate the people one from another as a shepherd separates the sheep from the goats. He will put the sheep on his right and the goats on his left. “Then the King will say to those on his right, ‘Come, you who are blessed by my Father; take your inheritance, the kingdom prepared for you since the creation of the world. “The King will reply, ‘Truly I tell you, whatever you did for one of the least of these brothers and sisters of mine, you did for me.’ …“Then he will say to those on his left, ‘Depart from me, you who are cursed, into the eternal fire prepared for the devil and his angels. For I was hungry and you gave me nothing to eat, I was thirsty and you gave me nothing to drink,I was a stranger and you did not invite me in, I needed clothes and you did not clothe me, I was sick and in prison and you did not look after me.’” Matthew 21:31-46

This is a story our nation desperately needs to hear. Our role as believers is less to change what is around us through politics and personal effort, and more to tell a story. Even the part of the story, of what will ultimately happen to those who reject Jesus. And it’s a story, the gospel, that assumes certain harsh realities. That we are lost, heading to hell, but there is a way out, through a Savior who came to die for us.

I can only pray, and do pray that pastors will get back to this simple message. Our nation desperately needs to hear it. Many tip-toe apologetically around that story. It’s hinted at, but rarely directly mentioned. When Jesus prayed and taught us to pray, your will be done on earth as it is in heaven, he was praying that the world would respond to the gospel. “The Lord is not slow to fulfill his promise as some count slowness, but is patient toward you, not wishing that any should perish, but that all should reach repentance.” (2 Peter 3:9). God’s will for our world is simple. It’s what heaven longs for. It’s why Jesus came and why he died. That all people, all of God’s creation, every living soul would repent of their sins, confess their sins before their Savior who died for them, and receive the forgiveness that God freely and gladly offers.

That’s unity! That’s when people of different stripes, cultures and backgrounds will finally come together. Not when we concede on our difference, which when you think about it, is really ignoring the differences that are still there.

The Gospel of Jesus! The story of his life, death, burial, resurrection and ascension.

It’s what Trump needs. It’s what Biden needs. It’s what we all need. Only then will we see the divide that so desperately exists between us disappear. Until that happens, it’s a necessary divide that separates believers from unbelievers, truth from lies, evil from righteousness, that can only be erased by the cross. To ignore, or blur those lines is to disregard the greatest move and sacrifice ever made in the history of mankind.

And finally, it is that gospel that drives us to love others. To help them. To offer them hope and extend forgiveness. And it’s also only that gospel that has the power sufficient enough to bring those who have been hurt to finally say, “yes, I do forgive you, now let’s live together in unity.”