Prosperity preacher, Joel Osteen, declared 2016 the year of acceleration for members of his congregation. He presented it like this: For those who have been faithful and have honored and obeyed God, I declare that He is going to put you in a position that you could not have ever gotten into on your own. He is bestowing favor and honor in a fresh, new way! I declare that this year, doors are going to open for you that have not opened before. What should have taken you 40 years to accomplish, God is going to do in a split second. I declare you are coming into acceleration. Suddenly, a dream will come to pass. Suddenly, a promise will be fulfilled. Suddenly, the negative situations are going to turn around. Now, get ready for the surpassing greatness of His favor! 2013 is going to be an exceptional year for you as you come into these supernatural shifts in Jesus’ name! Amen! 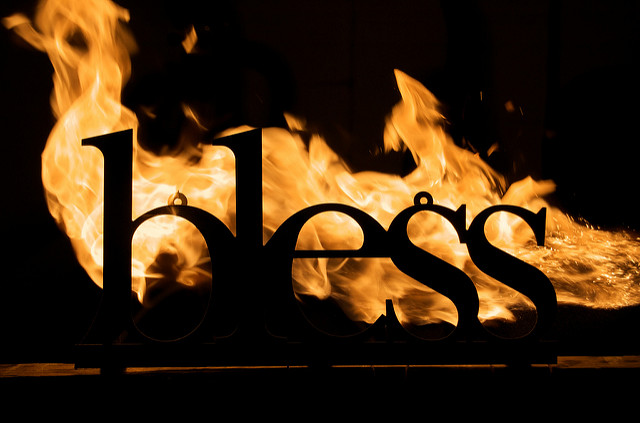 Notice what I underlined above, that this is available to those who have been faithful and have honored and obeyed God. This is a set-up for disillusionment. Many will look back on 2016 and assume they missed out on their acceleration because of their lack of faith and inability to honor and obey God sufficiently. What was lobbed at them in the form of a promised guarantee turned out to be an exploding grenade with damaging shrapnel tearing apart the very fabric of faith. This morning I scanned the comments by readers on the webpage where the above statement by Osteen is posted. Most were favorable comments by Osteen cheerleaders eagerly awaiting their acceleration from God. One sole critic wrote the following, I’d rather partake of Christ’s sufferings in my life than to have a life of luxury. I pictured this man ducking under the subsequent onslaught of attacks by Osteenites obviously insulted by his suggestion that this might not be God’s way for us.

Here’s my take: Rarely does God bless us as a way to draw us to Himself. That privilege usually comes by way of suffering and the restraint of his material blessings. 2016 for some, and I propose for many, will be the year of deceleration. But we need that.

I was struck while reading through the book of Amos this morning for my devotions that God tends to withhold blessing from us until we have only Him to hunger after. That alone, then becomes the blessing. Consider this pattern from Amos chapter four:

•I gave you … lack of bread in all your places …yet you did not return to me.

•I also withheld the rain from you …yet you did not return to me.

•I struck you with blight and mildew … your fig trees and olive trees the locust devoured … yet you did not return to me.

•I sent among you a pestilence … I killed your young men with the sword …yet you did not return to me.

•I overthrew some of you … yet you did not return to me.

The implication from each of these statements is that God provided his people a clear path to Him by way of suffering and loss. Unfortunately, they refused it.  Osteen’s claim that God will honor our faith by giving us an acceleration of blessing goes directly against scripture, therefore demonic in origin.* Even in the New Testament you will not find a servant of Jesus who did not suffer as a reward for his faithfulness. Peter answered him, “We have left everything to follow you! What then will there be for us?” (Matt. 19:27). Interestingly, this conversation started with Jesus saying to his disciples, Truly I tell you, it is hard for someone who is rich to enter the kingdom of heaven. (v.23) Prosperity preachers are actually making it more difficult for people to find God. My flesh and my heart may fail, but God is the strength of my heart and my portion forever. Psalms 73:26

*I have spoken a number of times to Christian bookstore managers about the featured books by prosperity preachers and authors visibly displayed, front and center, in their stores, even sending them sound articles explaining their danger. I have yet to see any willing to give up the promise of a sure sale at the expense of doing what is right. Jim Elliot put it well when he said, He is no fool who gives up what he cannot keep in order to gain what he cannot lose.