Mark 2:17 On hearing this, Jesus said to them, “It is not the healthy who need a doctor, but the sick. I have not come to call the righteous, but sinners.”

I used to think that a long streak with little spiritual trauma and the absence of struggling over sin meant I must be doing quite well spiritually. Now I am not sure, and wonder if I was confusing sanctification (the Spirit’s work of setting me apart for holy use) with self-righteousness (my own discipline at living right). Perhaps the seasons where I struggled more with sin were actually the moments when the Spirit was most at work in me. I quoted Tullian Tchividjian in my last blog who wrote, “Spiritual growth is not arriving at some point where we need Jesus less and less because we are getting better and better; it’s realizing how utterly dependent we are on Christ’s cross and mercy.” 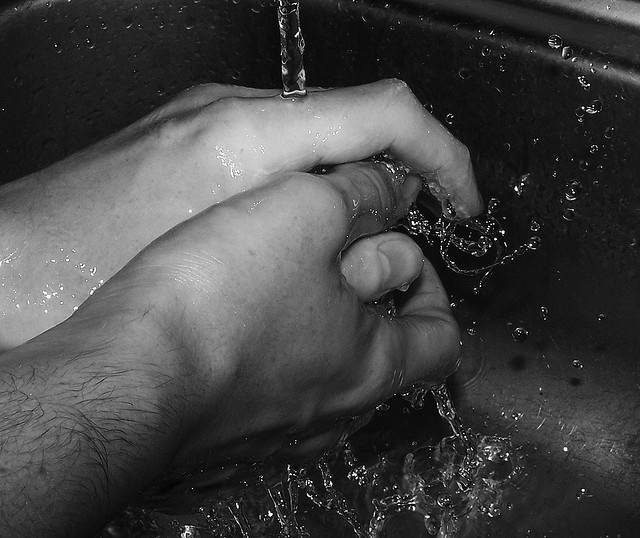 Could it be that the awareness of how sinful we are is actually evidence of a stronger work of grace taking place in our lives? I am beginning to think so, and it’s a refreshing discovery. In the past, my sinfulness pushed me away from Jesus. Now it’s drawing me to him. When I felt really good about myself because I had a streak of really good months, with little struggle, I was actually functioning out of my own righteousness. I confused sanctification for self-righteousness. Read Romans 7 again and you will hear Paul saying that he fell into the welcoming arms of God’s grace and mercy most when he saw how utterly sick he was. Then and only then did he understand and embrace the source of his victory, the cross of Jesus. What a wretched man I am! Who will rescue me from this body that is subject to death? Thanks be to God, who delivers me through Jesus Christ our Lord! (Romans 7:24-25).

Paul could never have made this discovery had he not been standing in the mud of his own sinfulness. Prior to coming to Jesus he really thought he was quite godly. As Paul grew older, the closer he came to Jesus, the more Jesus did in his life, the more sinful he saw himself. He did not become more sinful, but became aware of the sin that already existed in him, the very insight previously clouded by his self-righteousness. Sanctification to Paul was more about seeing the muck and filth existing in him than it was about getting cleaner and cleaner. But then this allowed Jesus access to actually bring about the necessary cleansing.

I have my friend’s permission to share the following story. We both feel it’s powerful enough to tell. Ten years ago he stood before a group of a hundred men and publicly pledge a commitment to sexual purity. He was tired of the fight. This stand, before others, placed him on a path of purity that lasted three fulfilling years. He tells me how during those three years he felt so close to Jesus. The Word was alive, Jesus was real, and it felt like he lived on a higher plain. He confesses now that he viewed himself as more righteous than others. If he did sin, it was in comparing himself to those less fortunate than he, those who did not devote themselves as well as he did, deprived of enjoying the blessing that came with it. It was a good season, but came crashing down like a house of cards when a family member died in a car accident. Out of anger, or perhaps because of deep tension, he gave in again to some of things that defined his life three years before. He’s had ten years to reflect on this and admits now that those years of spiritual structure and abstinence from sin, came out of his own strength, the product of determined self-discipline. He described his life now like this, “Mitch, I still slip up a lot. I look at myself at times, and I see such filth. So much pride. I do well for a season, but mess up again. I get angry, impatient, and withdrawn, but each time I discover more of what it means to be forgiven. Grace meant nothing to me during my three years of purity in my perceived spiritual health. It means everything to me now.”

Sanctification, for my friend, and admittedly for me, provides the deepening awareness of my need for a Savior. I always need my Savior. Not just that one time when I was six years old and, “gave my life to Jesus,” but daily. Yesterday. Today. And, I will need him again tomorrow.

Where sin runs deep Your grace is more

Where grace is found is where You are

And where You are, Lord, I am free

Holiness is Christ in me

Every hour I need You

My one defense, my righteousness

Oh God, how I need You. MATT MAHER

2 thoughts on “The Fine Line Between Sanctification and Self Righteousness”