I used to help people wiggle out of problems. As a pastor and counselor I thought this was my role. After all, people came to me hoping that somehow I could rescue them from their dilemma. Why else would they come? When you go to a doctor, you expect him to provide the necessary remedy for healing. In short, you see the doctor expecting to leave with something in hand, usually a prescription, promising relief. It’s why you made that appointment. Visit a pastor, or a counselor; you have the same goal in mind. The expectation is to walk out, with something in hand, usually some really good biblical advice, that will surely bring relief from your pain. 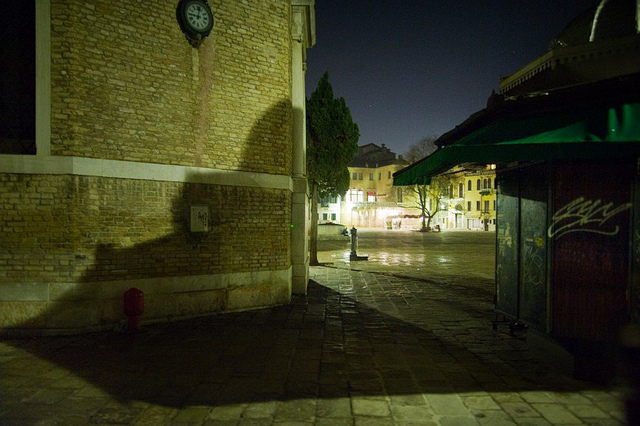 I see my role differently now.

I spoke to a hurting missionary yesterday. We’ve talked a lot. Covered a lot of ground. He feels mistreated, unfairly marginalized. When we first connected, he hoped I would help him pan the gold mine of truth. I’ve heard it before.

“I want the truth to come out.”

“We need an opportunity to tell our side of the story.”

“If people really took the time to know us, they would not say what they say.”

I’ve disappointed this missionary. Well, at least in the sense that I’m not at all the kind of rescuer he was hoping for. But I think he appreciates, now, what I do bring to his table.

It doesn’t matter what you go through; it holds value  when you walk away from it with a deeper understanding of Him and a better understanding of yourself. Is it possible that God intentionally puts you in a difficult situation because that becomes the best place for you to really know Him? And yourself?

I lost my son to cancer when he was nearly thirteen years old. He was diagnosed just weeks after my wife underwent brain surgery for an undetected tumor. To quote Charles Dickens from A Tale of Two Cities, “It was the best of times, it was the worst of times …” Seriously! I look back over that ten month season and it was painful. I mean, really hard. Faith-wrenching-hard.  I clung to hope during those months because letting go would have meant total collapse. My knees had no strength to hold me up. Yet there was something about that time I miss. I know, strange right? I miss the intimacy I knew with Jesus. I actually miss the clarity of faith, that mist lifting reality that lets you view for just a few brief months what really matters in life. I discovered so much about Him during that time. His love. Holiness. Mystery. Awesomeness, and His peace that passes all understanding. I also discovered a lot about …me. How weak I really am. How sinful I was. And proud. How I covered up so much by being a certain way around others for fear they would find out what I was really like.

During those months, people saw what I was really like. Broken. Vulnerable. Weak!

It was good for me, to go through this. No, I will never say I’m glad it happened, or if I had to do it all over again, this is what I would choose. I’d rather read a good book, or hear a great sermon to discover Him, and me!

…but that’s often not how it works.

We learn the best about God, we learn the most about ourselves when all’s been stripped away.

Asking, “What are you learning about God, and what are you learning about yourself as you go through this?” gives God time and room to grow you in loss, or when mistreated or misunderstood. Rather than looking for the first door out, you actually value the place you’re at, and you give God permission to do what He needs to do before releasing you. He’ll move you on when the time is right. “Humble yourself under the mighty hand of God and He will lift you up in due season.” (1 Peter 5:8)  By then, you might actually miss where you were because you met Him there, and you met you there!

So, what is God revealing about Himself right now?

What are you discovering about yourself right now?