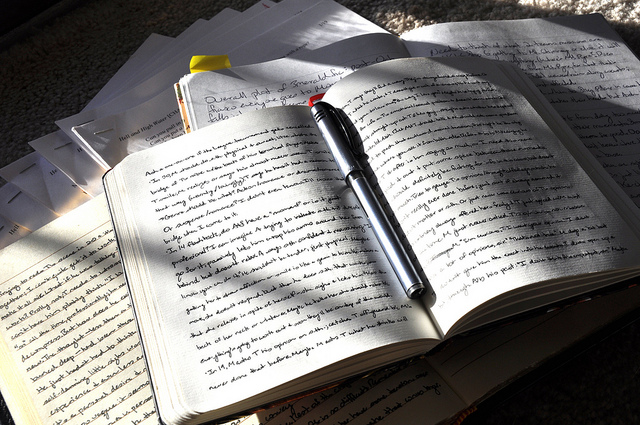 When I was twelve, I wanted to die because living no longer seemed possible. Later, I discovered that the cause of this depression was a chemical imbalance created by the usual biological changes that normally occur in a preteen boy. However, I suspect that the reasons were more complex than that.

The changes in my life to that point had been complex and many. I grew up in the home of missionary parents who left Europe in 1957 to begin thirty-eight years of ministry to the stone-age people of Irian Jaya, Indonesia (now Papua). I was born in a village high in the mountains at the Wissel Lakes. When I reached six, there were no local schools for me to attend, so I was sent to boarding school. My older brother and sister were already there, and I had been prepared to accept this arrangement as the normal thing to do.

However, from that first moment when I sat in the little single-engine airplane and waved good-bye to my parents, something in me cried out that this was not natural. I remember vividly being given a small gift that I was not to open until the plane was well out of sight of our mission station. It was a small consolation for what would become a pattern of reunions and separations for the next twelve years of my life. I fared well and even considered these early years to be happy and productive.

But at twelve years of age, all of that changed. The changes began in my second semester of sixth grade. After two weeks, the usual homesick feelings did not wear off as it had earlier. Homesickness gave way to a growing sense of despair. I would wake up in the morning crying for no reason. I was confused, sad, and increasingly desperate. Teachers and dorm parents did not know how to respond. To them, my behavior seemed like normal childhood rebellion. 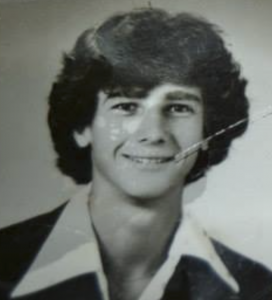 After a month, word reached my parents that my state was becoming increasingly uncontrollable, so the school made plans for them to visit. By this time, I was desperate. One night, I threatened to run away, and I did. One of the teachers heard that I had left my room and began to look for me along the trail that led from the school compound. I can remember seeing him pass me as I hid in a ditch about a quarter of a mile from the school. About an hour later, I decided to go back to my room. I cried for hours in my bed.

My mom came, and I found temporary relief by her presence, but that relief was short-lived. So I cried for my father. My situation only worsened, forcing my parents to remove me from school.

I did alright for several weeks at home, but then that sense of unexplainable despair returned. It is most vivid to my memory when I recall a boat trip that I took with my father to an outpost station. I now see the experience in that boat today symbolizing the turmoil that had sucked all hope and joy from my being. The lake was calm and the winds were light, but in my mind I did not see it that way. As the waves tossed lightly against the boat and the water was smooth on every side, I cried in fear.

“We are going to die!” I screamed. My father reassured me that we would not, but my cry went beyond any fear for our physical safety. It was my soul that was in torment. I had been drawn into an unseen turmoil, and the demons of that storm whipped at me from every side. I was helpless.

This experience and the general deterioration of my condition led my parents to consult a missionary physician, who recommended that I be sent to Australia for treatment. I spent three months with my father in Sydney, where I began undergoing psychiatric evaluation. I first grasped the seriousness of the situation when my father informed me one day that we would move out of the house where we were guests of an Australian family and into our own place. I felt some excitement over this, but that excitement was shattered when I read the sign welcoming us to that home. It said something about a psychiatric treatment center.

Some messed-up people were in that house, and, in my view, I was the only normal one there. I might have been normal, but I was seriously ill. We were later informed that without the extensive treatment that I received during the following years, I could have turned out very badly indeed. One psychiatrist at a follow-up visit the next year told my father that I likely would never finish high school, let alone make it as far as college. 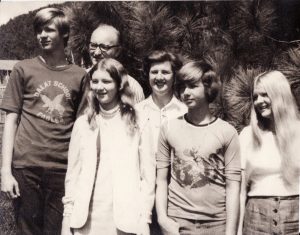 It would take three years before I was weaned from the medication that, with the help of good psychiatric care, brought about a healthy equilibrium to my life. I know that that experience and God’s intervention at that time are the very things that give me strength today.

Treatments aside, the greatest medicine to my recovery was the love of my parents. When we were released to return home, I spent the next two years with them. They then decided that I would be better off with continued professional help that was not available in the village. So we moved to Atlanta, Georgia, where, for an additional two years, I received further help from a Christian psychiatrist. I am today overwhelmed that my parents chose so easily to relinquish their career as missionaries for my well-being. Being missionaries was their life, and they were completely accepting that when they left Irian Jaya with me they might be saying good-bye to their adopted country for the last time.

I am not sure what, if any, bearing my early boarding-school experience had on my sickness, but I have not an ounce of bitterness toward my parents. They did the best they could with what was available. What bitterness I could have had was absorbed completely by their deep love for me and their willingness to give up everything to ensure that I received the best care. Later, this sacrifice had uncanny similarities to my own relationship with my oldest son who died of cancer, and years later, my youngest son who faced his own battle with cancer. Both boys were twelve when diagnosed with cancer, the same age as me when I was diagnosed with depression. 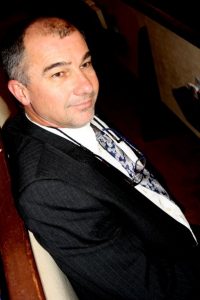 Thanks to my childhood crisis, my view of God was shaped in the construction room of pain. In my confined anguish, my only hope was God. One solitary strand held my life, and it was the thread that secured me to God. Jonah’s last thread, when all others were cut, was the one that mattered. There, in the belly of the fish, literally at the bottom of the ocean, Jonah had his best and really first view of God. In that hell, Jonah met God, and he declared, “In my distress I called to the LORD, and he answered me. From the depths of the grave I called for help, and you listened to my cry…. I have been banished from your sight; yet I will look again toward your holy temple…. [T]o the roots of the mountains I sank down; the earth beneath barred me in forever. But you brought my life up from the pit, O LORD my God” (Jonah 2:2, 4, 6, emphasis added).

(This blog was taken from a chapter of my book Fires of Sorrow available on Amazon. I am currently rewriting the book with hopes of re-publishing it next year.)

11 thoughts on “My Story of Overcoming Depression: A Faith Shaped in the Confines of Loneliness. ”