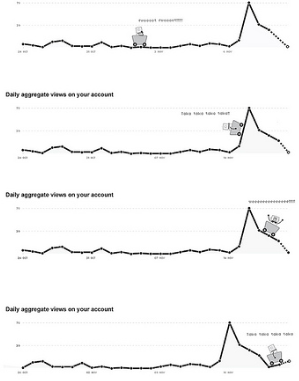 My father-in-law is 87 years old and worked 44 of those years as an engineer with the Best Lock Company in Indianapolis, IN. Need I say more? I have known the man for over thirty years now and have never seen him assume anything. Engineers never do! He is, and has been, one of those, “You better show me proof,” kind of men. I love it, particularly in a day when you can find anything to say what you want by just googling it. Try to convince someone that the Lock Ness Monster ate your rabbit and you will probably find backing somewhere on the internet. So when my “not so ready to swallow what I hear” father-in-law read that fifteen-hundred pastors leave the ministry each month, or that fifty percent of them end up divorcing, or that seventy percent fight chronic depression, or how eighty percent of Bible and graduate students leave the ministry within the first five years, he was not quick to buy it. It took me two full days of legitimate research, and one and half cartridges of ink, to finally show solid evidence to back up the statistics. What I think finally convinced him, though, was a question. “Dad, tell me about the pastors in your life.” He did. And as he did his voice grew somber. His heart seemed heavy. His voice grew shaky. It dawned on him, and on me, that these are not just numbers. They are people, shepherds, friends who we knew, and know. Who loved us and served us. Who gave their lives to us and to the gospel. But something happened. For most, something happened, but no one really knows what. One pastor began to look tired. Withdrawn. His preaching lost that zest that first drew us to him. That infectious chuckle absent. And then, one day, he was gone. I am a pastor to pastors. Why? Not because of statistics, but because I know too many of them who are wounded and discouraged. I know too many of them who are just starting out and I can see the signs. I know too many of them who love life and love pastoring, and I don’t want them to ever lose it.