Since last podcast we need something lighter. Let me give some context. I grew up in Papua, Indonesia and have the fondest memories of traveling from one village of town to another thanks to a mission organization called Mission Aviation Fellowship. Like many missionary kids I longed to one day become a pilot, and while this podcast is not at all about that, I did fulfill that dream.  Twenty years ago I became a licensed pilot. But here is what I want to talk about today. I want to talk about the legacy of MAF and I am going to do that with some help. Today’s podcast will be light hearted but still deeply spiritually and encouraging. Today’s guest is David Fyock who serves in the UK with MAF International. 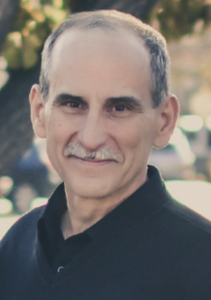 Dave and Hilda Fyock are missionaries with Mission Aviation Fellowship. Dave and Hilda have enjoyed over 25 years with MAF serving in Albania, Costa Rica and the US home office in Idaho. They currently serve in the UK with MAF International, a sister organization. Their two sons have remained in the US. Sean works for a tech company and Micah attends university.

Dave states, “MAF is about seeing isolated people physically and spiritually transformed in Christ’s name. Acts 17:26 indicates that God has set a time and determined the borders for every nation or people group so that they will come to seek His face. I am privileged to serve with an organization that focuses on the least accessible areas of the world.”

In September 2017 Dave was installed as the CEO for MAF International. His 12 years serving in various vice president roles in the US have given him a great foundation upon which to build as he leads this team of committed men and women.

God had been preparing Dave and Hilda from childhood for this ministry. Both became Christians when they were five years old and came from strong Christian homes. Dave was born in Pennsylvania, and lived in Venezuela with his missionary parents during his teen years. It was there that he felt called to the ministry. Dave received a B.S. degree in aviation technology from LeTourneau University in Texas. He is a licensed airframe and power plant mechanic as well as a commercial pilot.