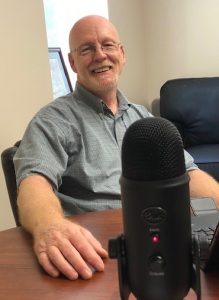 In the 1980’s AIDS was an unfamiliar disease leaving those with the diagnoses alone and often shunned. It was during this time that young Ian Puckett, was diagnosed with AIDS due to a blood transfusion following a serious accident he and his father, Henry, were in. Up to this time, Henry and his wife Donna were experiencing deep marital problems that led to a temporary separation.

Once Ian was diagnosed, Henry and Donna, and young Ian drew close together, supported deeply by the Lord Jesus and some close friends. Ian died of this decease in the late 1980’s, but did so as a child deeply in love with Jesus. In this podcast you will hear a story of what it was like to be shunned by close friends and even church members, how they leaned on the support of others and how God eventually called them to serve Him in full time ministry.

Today, Henry and Donna live in Franklin NC where they lead a non profit ministry called, The Filling Station of Franklin to fight hunger across the street and around the world.