Gerald Sittser in his book A Grace Disguised portrays us in respect to God’s sovereignty as actors on a stage who take part in the story that he tells. I love watching God work even when things do not go the way I expect they would, especially in the ministry context. If you would have asked me thirty years ago what I would be doing now, I would not describe who I am now, and what I am doing. Thankfully God does not show us the future, but he does promise to be in charge and he does assure us that he does what is best for his glory and ultimately for our good. It is also true that in those uncertain and unexpected times that we discover best how good and amazing he is. 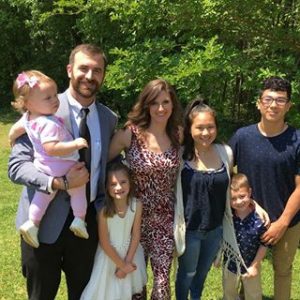 Today we are going to talk about the importance of holding on to the gospel message in whatever place God places us. Few of us end up doing what we thought we would do in ministry. Yet as I look back I don’t believe I would have seen how amazing the gospel message is had things been predictable in our lives. Today we are going to hear from Pastor Jay Moser of Carnes Creek Baptist Church in Toccoa GA who never dreamed that he would end up here. He tells that story in a compelling and edge of the seat kind of way.  Jay serves as senior pastor at Carnes Creek Baptist Church in Toccoa, Ga. for the last six years, five as the youth pastor and this past year as the senior pastor.  Prior to coming to Toccoa his wife Sara and he lived in Western Asia where he coached American football for a Western Asian semi-pro team. While living there they had their first child, daughter Bailey. When they moved back to the States they had our second child, Luke. After Luke turned one, they began the conversation about having more children and led to enter into the process of adoption through the Holy Spirit’s guidance in our lives. After two years of waiting, their daughter Maleah was born in a hospital in far away Alabama. They went from a family of four to a family of seven in about five months time. Their children now range in age from one years old to sixteen years old.

Jay discussed a book during the podcast. You can review and order it here.