I remember years ago listening to well know pastors and often thinking, wow, it would be so cool to sit down with them and ask any questions I wanted.Well, I had such a privilege recently when I sat down with Pastor Stuart Briscoe to talk to him about pastoring in this critical age.

There were moments as I looked at him on my computer screen thinking, I can’t believe I am actually talking to him and he’s actually answering my questions, and he seems genuinely interested in me. 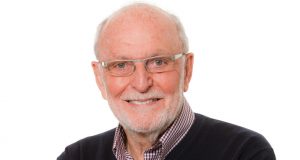 His perspective of the church today, and his thoughts on what it’s like to pastor was like collecting a wealth of wisdom which I am excited to share with you in this podcast. Stuart Briscoe was born in the north of England in 1930. After leaving school he embarked on a banking career, served in the Royal Marines during the Korean War, and at 17 years of age preached his first sermon. Since that time he has ministered on every continent, written more than 40 books, pastored a church for 30 years, and founded a media ministry called Telling the Truth which now broadcasts daily worldwide. He has been married to Jill for more than 59 years and has three children and 13 grandchildren.