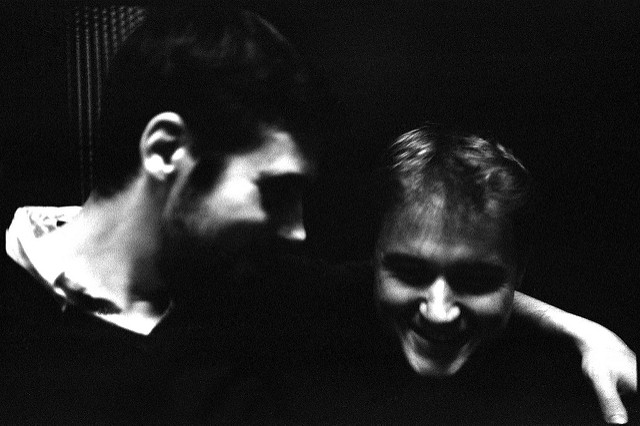 In all my years I have relied heavily on friendships with other men to carry me through life with it’s all too real challenges and opportunities. I’ve gone to them for help, and for counsel. I am one that doesn’t do well on my own.

I attended part of a men’s retreat this past week where the speaker addressed our need, as men, for friendships. Women are far better at it then men, he claimed. I like what he said, that we are most drawn together when we have a mission in common, but the value of that mission will determine the depth of shared friendship. Men who take the gospel more seriously than football and trucks are less likely to want to be alone. We need each other for this, because the cost is too high to go it alone. The ties strengthen even more when this mission takes on a battle perspective. 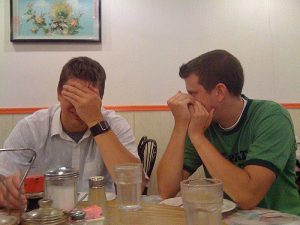 When two men fight in a war together and they are hunkered down, pinned in a trench under enemy fire, their common interest in baseball will mean little. What draws them close, the thing that bonds them tight is the threat of a common enemy. In short, it’s the common struggle we experience that brings guys together.

This requires, though, that we be willing to talk about more than the mundane things that might interest us. The things we talk about say a lot about us. I noticed during the breaks at this men’s retreat, how the topic first landed on the safer subjects of college football and landscaping, before they delved into family struggles and other common tensions men face. I have some interest in trucks and landscaping, but it comes with a limit, not just because I don’t know that much about the SCC or about the best grass to plant in the fall, but honestly because I don’t care that much.

The Risk of Being Intrusive

I have a tendency to be a bit intrusive at times, which might explain why I could not shrug off one man’s comment during the “sharing time” about his rebellious teen daughter. It did not take long for these guys to lay aside touchdowns and engines sizes, to talk about the deeper stuff of live. That burdened dad sat with me during one of the breaks where I asked him several probing questions. I hope I wasn’t over-doing it, but I really care about his story. And I wonder how often he’d had a chance to share it. Maybe with one or two others, but I wondered, do guys know what to really do when someone dares to lob out such raw and personal pain? We live in an I-can-do-it-on-my-own society, and I’ll-ask-for-help only when I have to. Our heritage as an independent self-sufficient society has produced men who, while capable and strong, tend to be alone with their thoughts and struggles. We admire the strong and silent type who can single-handedly fight off all opposition. Yet, these men are a mystery. No one really knows them.

Self-sufficiency can be a lonely friend.

When Tough Men Get Personal

We did discuss during the breakout session what it takes for men to develop deeper friendships. At one moment I found it odd that I was discussing the issue of deeper friendship with men I’d just met an hour before.

But it was fun.

A great start for a group of guys huddled together for a day in a home belonging to a recently retired NFL coach. Interestingly, I found him to be as real and honest as the others. I met him when I first arrived, and we traded the usual perfunctory personal information, but since I’d never heard of him I innocently asked him what he recently retired from.

“Oh, I did some coaching here and there.” He said.

I continued with my query, “Oh, you mean high school coaching?”

He was being gracious, and later I realized, humble, “No, I traveled around the country and did some coaching here and there.”

“Oh, you mean like with summer high school camps or something?”

“Wow,” I shot back with interest. “Football teams do have a lot of coaches, don’t they?”

“Yes, some teams about eighteen, actually.”

And that was about it.

He seemed eager to turn the conversation away from himself to me. He asked what I did, and when I told him, and after sharing several recent challenges I was facing he put his arm on my shoulder and said, “You know, I really believe God will give you the wisdom to know what to do.” That was it. We smiled at each other, and joined the others.

Later I found out that arm that had rested tenderly on my shoulder belonged to a man who once pushed big men to their limits as head coach for the Dallas Cowboys, and the Buffalo Bills. That locker room world of tough men who talk tough was now replaced by a living room full of guys who longed to go deeper, to do more than grunt and push for yards, but rather press deeper into the kingdom through a spiritual camaraderie banded together by the gospel, by a common love for Jesus.

Again, I loved it.

I Can’t Do Without Guy Friends

It would be hard for me not to have a couple guys I can call anytime to tell them anything, or ask them anything. Of the twenty or so good guy friends I have, there are about three I can do that with. (Sadly, a recent study showed that one third of pastors have no close friends.) In the meantime, where I am, I long for, and look for men with whom I can fight and live in that common cause of the gospel. Two neighbors join me every Wednesday morning at 8 a.m. on my back deck where, for an hour we talk family, what we’ve been reading in the Bible and then we pray together, mainly for our families. In two weeks, a professor from a local college and I are gathering five pastors together to meet twice a month to discuss the deeper, more reclusive areas of our lives as pastors. I don’t want to ever stop developing deeper and more meaningful relationships with other guys.

I hope you’re not alone. If you are, I encourage you to join a group of men who meet in your church, and just see what happens. Take a risk. Find someone you can trust and start somewhere, anywhere. Too many men I know live on an island surrounded by many others who live on their own islands. Lets change that, one friendship at a time, and do it for the sake of the Gospel of Jesus. After all, the worst thing I can ever imagine is anyone having to live alone, in utter silence and darkness for eternity. The gospel message is very simple. Because of Jesus, you don’t have to be alone here, or ever – there! One of the most profound verses in the Bible touches on the heart of the gospel – the friendship we now have with Jesus. “No longer do I call you servants, for the servant does not know what his master is doing; but I have called you friends, for all that I have heard from my Father I have made known to you.” (John 15:15). It fascinates me the depth and length Jesus was willing to go, even death itself, to include us as his friends.

He saved us, and invites us to be his friends. Wow!

How much more should we long for such depth with one another. He died and rose again to make that possible.

Behold, how good and pleasant it is when brothers dwell in unity! Psalm 133:1

I am distressed for you, my brother Jonathan; very pleasant have you been to me; your love to me was extraordinary, surpassing the love of women. 2 Sam 1:26