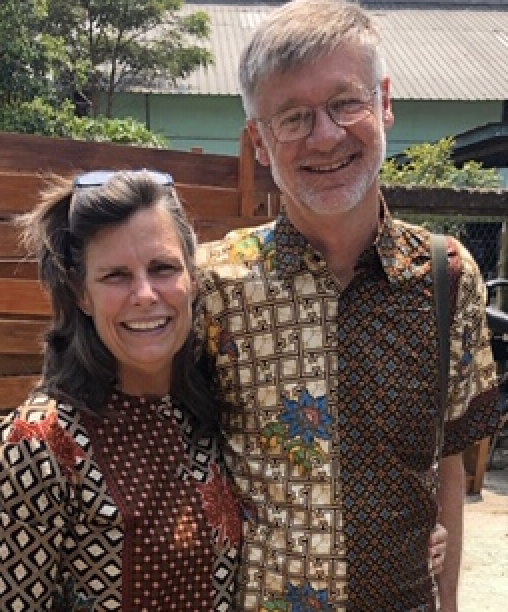 How many times have you met an adopted person and then listened to them talk about their struggle with feelings of abandonment?  Or allowed them to vent about how they have always felt so unwanted?  Why do those seem to be such common topics among adoptees?

As an adoptee myself, I contend that it is time to flip the script on these typical views of adoption, both from the standpoint of the adoptee and society in general.  It is high time things change, and I believe it starts with us, the adopted community, to begin the process of flipping that script.

First, let me say that in no way do I want to negate the stories of those who were abandoned and even unloved.  There are horror stories out there, and they need to be heard.  However, my proposal goes out to the larger adopted community.  There are those of us who do not know whether we were actually abandoned or unloved, and yet we have come to assume that we were because of the message society wants us to hear.

If we were truly unloved, our birth mothers would not have carried us to full term. Would they not have had other options than to allow us to be born?  If desperate enough, any pregnant person, no matter their religious beliefs or lack of resources, can find alternatives to having a full-term pregnancy.  Yes, some of those are illegal and others put the mother in danger. However, in the face of shameful and desperate circumstances, our mothers did not choose those other options.

In allowing us to breathe air outside the womb, our birth mothers gave us a chance at life.  Why?  Because in some small part of their soul, we were not totally unwanted.  Those women wanted to give us an opportunity to experience life.  It could very well be that we were wanted even in a tiny way.  Wanted enough to be given breath even at the expense of an extremely shameful and lonely nine months for our birth mothers. Think about what a difference this way of thinking can make in the life of adoptees.

Next, let’s look at the abandonment idea that everyone seems to buy into.  Again, yes, there are those who were dumped in garbage cans, and I don’t want to negate the trauma of that. Yet even for those left in dumpsters, their mothers had the option to “abandon” them much earlier, soon after conception.  But they didn’t do that.  So, I contend that in some small way, even for those babies, their mothers did want to give them that first breath of life and then, unsure of what to do next, left them in a dumpster maybe still hoping against hope that the baby would be found and adopted.

For the rest of us, once we were born, our birth mothers treated us in one of the most sacrificially loving ways we might ever experience.  They not only cared enough to give us breath, but also gave us the chance at a “better life,” one that meant being away from her.

In the stressed out minds of these most likely young mothers, a life away from them meant a chance at something better for us.  Maybe it was a chance to have two parents, a roof over our heads, an education, daily food, or life away from addictions or danger. We may never know.  But whatever their reason was, our birth moms gave us these opportunities when they signed us up for adoption.  That is not abandonment; that is sacrificial love at its best.

It baffles me why society wants to label us as unwanted and unloved when, if you think about it, it was exactly the opposite.  At least to some small degree, we were wanted, and that resulted in our birth. We were loved to the point where our birth mothers gave up their rights to parent us so we could have a better life.  In accepting these truths, which, I believe, pertain to most adoptees, we have a chance to flip the script on the abandonment issues and instead give hope, security and a sense of belonging and love to adoptees.

Now, let’s look at what happens after our birth mothers have shown us this love and sacrifice.  This is where our adoptive parents come in. They CHOOSE us.  Most parents are stuck with the babies to whom they have given birth.  Our parents got to choose us, sometimes even out of a line-up of other babies.  For adoptive parents, we are often the babies who have been the most longed for and prayed for of all babies because many of us come into families struggling with infertility.  Sometimes we are the very children that complete a family dynamic.  The bottom line is that, of all kids, we were chosen.

Add this to the aspect of our mothers’ love and sacrifice and we end up being some of the most loved, cherished and chosen kids on the planet.  So why does society tell us otherwise?  Isn’t it time we start to do our part and tell a truer narrative to our adoptee friends?

I am often asked, “When did you find out you were adopted?”  People assume that the discovery of my adoption must have been this huge, impactful and possibly traumatic event in my life.  This is simply another misconception that society perpetuates, and it doesn’t need to be that way.

I have always known that I was adopted.  The story of being adopted, being chosen, was a bedtime story my parents told me from before I could even understand words.  It is something that is as much a part of me as my having brown eyes or being of Scottish background and is a small part of what makes me who I am.  Nothing more, nothing less.  It is not a part of my background that should be hidden nor is it the biggest identifying feature about me.  It is simply a part of my story without having any greater implication than other aspects or events in my past.

If we as the adoptive community can begin to spread a message of love, belonging, and having been chosen as well as the idea that our identity as an adoptee is not a big deal, I believe we can counter all the negativity that surrounds adoption in our world today.  Won’t you join me in telling our stories in positive terms?  The mental and emotional well being of adoptees and their parents and families depends on our flipping the script on adoption!!

JP and Judy Schultz serve with Envision of the Christian and Missionary Alliance. Judy also happens to be married to my brother, JP.