A young friend called me not long ago and sounded a lot like me. He leads a ministry team at his college. The team travels nearly every weekend to minister to youth groups around the eastern and southern parts of the U.S. Most times, the team provides the full service of drama, worship and powerful speaking. Sometimes, though, the church chooses to bring in their own speaker. That was the case when he called me. His concern? While challenging, and calling the teens to follow Jesus and serve him, not once was there any mention of sin. There was no call to repent and pursue righteousness. No word about why Jesus came, and his substitutionary work on the cross, his death and burial and resurrection. That the reason they struggle is because they are sinful, and they can be set free of sin and experience victory in every area of life because of Jesus.

This omission, of never mentioning our core problem, has become mainstream, where we are called to follow Jesus without any awareness of what keeps us from following him. Jesus came, they say, not as redeemer, but as our motivational coach to help us reach our goals and passions, and to talk us out of feeling so badly about ourselves.

A popular song (on the radio almost every hour it seems) by Britt Nicole entitled, Gold, seeks to encourage struggling teens by valuing their worth. Loo 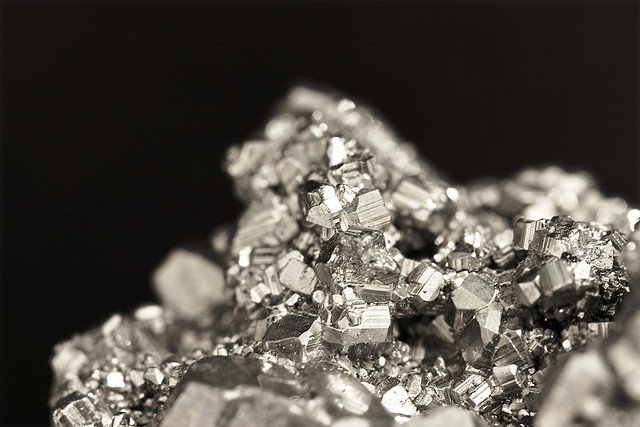 k at some of the words:

So don’t be ashamed to wear your crown – You’re a king you’re a queen inside and out – You glow like the moon, you shine like the stars -This is for you, wherever you are

Our problem is a sin problem. Not a misguided view of ourselves. I believe an audience of teens longs to be told that their problem is that they are sinners, but there is hope. The reason they struggle with their identity is because, yes, their identity is marred and damaged. Imagine a speaker, rather than saying, “You’re more than gold, and …whatever you’ve been told, you’re worth more than gold …from the inside-out it shows, you’re worth more than gold…” would say, “Everyone of you here feels the way you do, and you act the way you do because you are sinners, and God does not accept sinners, but let me tell you there is hope, because Jesus died for you, and he was buried so your old sinful self can be buried, and he rose again so you can experience a new life. You are not gold; you’re rotten and damaged, but Jesus is gold, and he wants to give you a new life…” Such a message would fill a room full of teens with hope and excitement. The message that they are gold clashes with and confuses their inner sense that something is horribly wrong inside of them. They need a better explanation for why they think and behave the way they do.

When I sit across from a couple struggling with each other, I envision two people still fighting their sin nature. The flesh will not give into the Spirit’s demand to die. So I always take the couple to the cross, and I speak to them about the gospel. How the gospel addresses first their problem, that ultimately their only victory, their only hope is not when they finally understand each other, or manage to meet in the middle – but when they meet together at the cross. It is there, at the cross that we discover Him whom Ephesians 1:12-17 so beautifully introduces us to as, “our peace.” And what did he do there that gives hurting marriages hope?

“…remember that you were at that time separated from Christ, alienated from the commonwealth of Israel and strangers to the covenants of promise, having no hope and without God in the world. But now in Christ Jesus you who once were far off have been brought near by the blood of Christ. For he himself is our peace, who has made us both one and has broken down in his flesh the dividing wall of hostility by abolishing the law of commandments expressed in ordinances, that he might create in himself one new man in place of the two, so making peace, and might reconcile us both to God in one body through the cross, thereby killing the hostility. And he came and preached peace to you who were far off and peace to those who were near.”

When I tell someone their problem is because of sin, I’m not being offensive. I’m giving them hope. I get impatient with my wife, because I am, by nature sinful, and sinful people get impatient. When one is tempted to lust after another woman, that happens because he is a sinner, and sinners lust. So tell anyone their problem is sin, and you’ve given them the best message ever. You’ve given hope. That’s the law part of the gospel. That we are sinful people and stand in that condition under God’s condemnation. The gospel first tells us there is a problem. The problem is sin. The offer of hope then comes in the good news part of the gospel. That Jesus came and took on himself that sin (or, me a sinner), and died for it (me) and then buried it (me) and then rose again so I can experience new life.

A marriage event that seeks to help strengthen marriages must address the core reason why couples do not get along, and why divorce rates are so high. Problems go much deeper than bad communication or misplaced priorities. The cause is deeper than a man who never learned how to relate well, or who had a bad role model as a father. These problems are real, but as extensions of something else, not explanations on their own. The real problem is, two sinful people trying real hard, but ignoring the root cause.

Joel Osteen, a top selling, feel-good, popular speaker explains why he will not emphasis sin by saying, “People feel bad enough. Why would I want to make them feel worse by telling them they are sinners.” Uh, maybe because you would be tapping the very reason they feel bad, Joel! Imagine a doctor reluctant to tell me I have cancer, because I already feel bad enough because of the cancer. The best thing the doctor can do is first tell me I have cancer, and then offer the hope of a cure. I would never pursue the cure until I was first overwhelmed by the problem.

In defense of Britt Nicole and her song, Gold, I do think she’s right on one thing. Her reference to, “Whatever you’ve been told, you’re worth more than gold” speaks to the one-side-only of the gospel so many have been raised by, the law part. Legalistic preaching stops short of telling people they are bad. A balanced message completes the story by saying, true, but Jesus is good, so good he came here and took on our bad in exchange for his righteousness.

Let’s get back to that message.