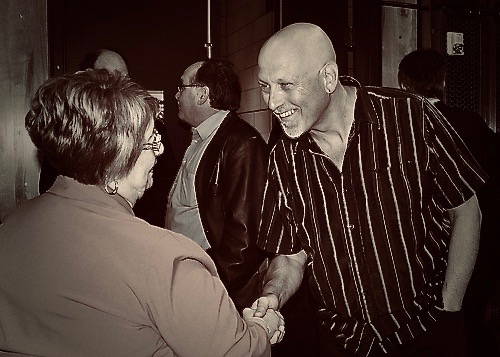 About a year ago, I began to ask the Lord if he would be so kind to allow me to serve a local church somewhere, somehow, as an interim pastor. With no agenda, no idea how to land this, I just prayed about it. As time passed I concluded that perhaps this was not in God’s mind for me, so Elaine and I decided to plant our roots into a local church we’d been attending for about a year. The next week I received a call from a church about an hour away asking if I would provide pulpit supply. I did, and two weeks later they asked if I’d serve as their interim pastor. Since, I’ve only served in this capacity on Sunday mornings, allowing me adequate time to attend to my increasing responsibilities with Fruitful Vine Ministry. 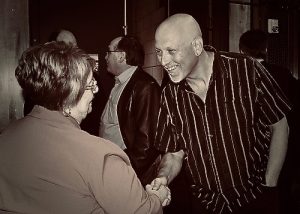 Your Pastor’s an Ox, So Take Really Good Care of Him

What I love about serving as an interim pastor is I get to say things I normally would think but never actually say from the pulpit. Yesterday, from 1Timothy 5:17-24, I spoke about Paul’s instructions to the church on how best to take care of their pastor. Paul speaks boldly here about providing for them so he can do what he is called to do. Let the elders who rule well be considered worthy of double honor, especially those who labor in preaching and teaching. (1 Tim. 5:17). When the pastor can attend to his function it benefits the whole body; the congregation gets to do what they are called to do. The Pastor does what he does primarily to equip the saints for the work of ministry, for building up the body of Christ (Eph. 4:12). When you take care of your pastor, consider his emotional, spiritual and practical needs; he’s at a great place to provide for you through the teaching and preaching of the Word, and through pastoral care. A healthy pastor can serve in a healthy way.

Here, in 1 Timothy 5, Paul constructs a biblical basis and motivation to take care of your pastor. His is the double honor, of proclaiming God’s Word, and getting paid for it. He’s like the Ox in Deuteronomy 25:4 that turns the wheel to provide the people grain, but he can only do that if he’s being provided for. You shall not muzzle an ox when it is treading out the grain. Paul also calls us to protect the pastor from accusations and criticism that are indefensible, or have no merit. Do not admit a charge against an elder except on the evidence of two or three witnesses.  As for those who persist in sin, rebuke them in the presence of all, so that the rest may stand in fear. (1 Tim. 5:19-20). I’m told it takes just 2% of a congregation to tear down a pastor. I would guess it takes an equal number to prop him up by encouraging him and serving as his advocate when unkind and untrue things are said about him. (For my podcast on this subject, entitled, A Pastor’s Survival Guide to When Sheep Attack , go here)

Fifteen Hours and It Spills Out in Just Thirty Minutes

In summary, Paul calls the church to honor the man God honors. Not because he necessarily deserves it, after all he needs communion as much as any of us do, but because he fills an office anointed by God. Pastoring is not just a job, it’s a holy calling and how we treat our pastor, and view him, flows out of deep reverence for the gospel, the very thing the pastor is called to preach and teach. We do everything we can to assure nothing interferes with the message and mission the pastor and elders are tasked with. In the presence of God and of Christ Jesus and of the elect angels I charge you to keep these rules without prejudging, doing nothing from partiality (1 Tim. 5:21). We prejudge when we make wrong assumptions about our pastor. We are partial when we support him only if we like him, the way he preaches or carries himself.

My most candid and vulnerable point in the message was when I shared how emotionally, physically and spiritually draining pastoring and preaching can be. There are real reasons why Forbes identifies pastoring as the fifth hardest job in America. I explained to this loving congregation how spent a pastor is following 30-40 minutes of preaching. Keep in mind that the average pastor logs no less than 12 to 15 hours in preparation and unpacks it in the tight space of a half hour. That is like taking 12 hours to load a cargo plane, only for its contents to be dropped to needy refugees  in a matter of minutes. And yet, we expect him to be Mr. Cheery Jim and Backslapping Bob the moment he steps down from the pulpit to stand at the door and greet folks as they leave. I’ll be honest with you, this was one of the hardest moments for me when I pastored and preached regularly. When I closed my Bible, gave the benediction and stepped down the aisle to attend to the duty of greeting everyone, sometimes I wanted to keep walking through the doors, to my car and drive home.

I wasn’t being antisocial.

I love people and my congregation.

I was just spent! Now having said this, I found that invariably, conversations I would have at the door replenished me quickly. I think that happens for most pastors. We are exhausted from preaching, but strengthened by the encouragement of others especially those of you who are have a heart of support toward your pastor.

Feedback that is God-Directed

Again, your pastor has probably spent a fourth of his week on that sermon, prayed over it, sought to live it, been beat up by it, fought off the devil and all his hurling discouragements and doubts because of it, and survived well enough to pour it out  in a mere 30 minutes. And yet we expect him to shake hands for another twenty minutes and somehow gleefully take in the standard “good sermon pastor,” “that was very nice, Pastor,” with an enthusiastic Joel-Osteen-like smile and cordially respond to other light hearted comments that might be shared with him from well-meaning people.

Of course I’m not asking you to ignore your pastor. That would make it worse. I’m simply asking you to consider what he’s had to do and be for that sermon to have been made possible and to respond in a way that might resonate with his emotional and spiritual state at that very moment. That can happen by honestly letting him know not just that the message spoke to you, but giving him a specific way it did. As John Piper puts it, make sermon feedback specific and God-directed.

“Pastor, what you shared about Jesus wanting God’s will against his own really spoke to me in a big decision I have to make this week.”

Or, “Pastor, I want you to know I prayed for you as you prepared this week, and it’s obvious the Lord met you in a very special way.”

One comment I will often say to a pastor as I pass him through the doors into the parking lot is, “Pastor, thank you for listening to Jesus as you prepared. He really spoke through that word.”

If the pastor has preached from scripture, (granted, many do not these days) there is something you can say that will honestly encourage him, going beyond stroking his ego, or giving reason to further lick his wounds, to actually affirm his efforts and commitments to truly preach and teach the Word of God to the people under his care.

On behalf of all pastors who work hard, serve faithfully and love Jesus and His Word, I want to say thank you for your encouragement, and thank you for the ways you show it.

For an excellent article by John Piper on Five Ways to Encourage Your Pastor (Without Exalting Him), click here.