You’ve been a friend of mine on Facebook for some time now.

Today, I plan on un-friending you. (* see comment below)

Before I un-friend you, I have just a few things to say, and yes let me establish first that I do this because I love you too much not to. More on that in a moment. First, the reason I am un-friending you, besides the obvious reason that I can, is because by being my friend (on FB) whatever you post ends up on my page. On my computer. It’s like whatever you post, think about it, I am also posting. What you write shows up under my name, on a site I own and control. So, in a way when people read what you write they are probably going to assume that it’s what I believe, too. 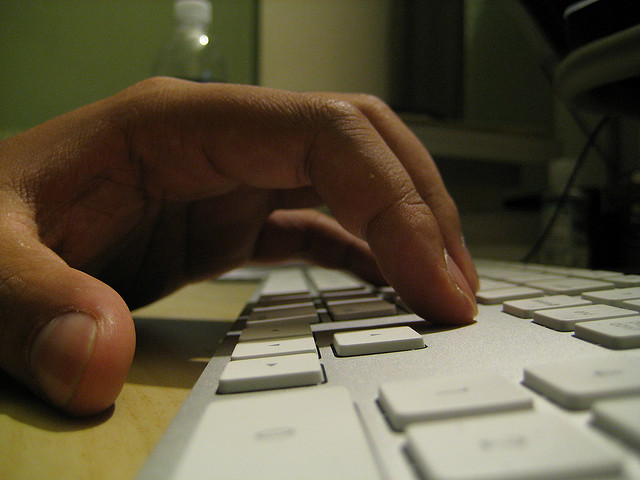 By allowing your posts to remain on my page, I am unintentionally endorsing your views. I am all good with you sharing your opinions, or countering various points for a healthy interaction. But that thing you said, how nowhere in the Bible does God ever judge, so Christians shouldn’t judge either, well I’ve got some issue with that. Your pronouncement added some weight, certainly bending your argument in a strong moral (or immoral) direction with your profile picture overlaid by the ever-now-popular rainbow colors. That alone tells me exactly where you stand. I’d probably be okay with that, but again, back to that thing you said about God … not judging … Well I need to talk to you about that, before I un-friend you. I love you too much not to.

It’s really kind of sentimental to say that nowhere in the Bible does God not judge, so therefore Christians shouldn’t either, but I know you well enough, used to be your pastor; I know you know better. Your vision is blurred right now, probably due to the strong streams of radiant multi-color lights you’re waving around in misguided sympathy for a movement now sweeping our nation. I’m not going to wave back at you all the verses in the Bible that do speak of God judging (after all He is judge, and last I checked what judges do, is judge) and neither am I going to pull out the other flag and wave that at you pushing in your face how, yes, the Bible does actually say Christians do judge and ought to judge. You’ll see at the end of this that I offer you several passages that will suffice. But again, I don’t need to do this, because I know you well enough and I know you already know this. You’re just caught up in a movement right now, and I get that.

I’m scared for you.

I’m scared for you because, and again I know you know this because I heard you say it before when I was your pastor, this parade has a bitter end. I love you too much to not remind you of that. Our family visited the Grand Canyon when my kids were really small. I loved my children too much back then (still do) to let them stand too close to the edge. Once I raised my voice at my son who was walking too close to the edge for my comfort. He’s never really said it, but I think he’s thankful for it. When my daughter was learning to drive, I yelled at her when she nearly neglected to stop at a stop sign right when a car was crossing our path. I loved her too much to let us both get hurt. It’s why I raised my voice. So, you and your friends can refer to what we say as “hate,” but again, I know you well enough to know that deep down inside you hear the love. I think you’ve been hurt somewhere in your life and you’re crying out and this, what you’re doing is what that cry sounds like. Everyone cries differently. I think I hear yours pretty clearly. I think you’re mad at God right now. I get the sense you’ve forgotten how much he loves you, so much so he crashed into our scene and loved us so much he actually pushed us aside and stood, just in time in the way of God’s outpouring wrath. It fell on Jesus, instead of us.

Ever since, and actually for a long time before, God expresses how He loves us too much to not tell us we are hurting ourselves. That, there is a way that seems right to a man,but its end is the way to death. (Prov. 14:12) Grace and mercy are the antidote to sin and death.

By un-friending you, I’m raising my voice to tell you you’re standing too close to the edge, to tell you there’s an out of control car careening toward you, and I don’t want you to get hurt. If I did not tell you, well, it’d be because I didn’t care. I do care. It’s why I’m writing this.

Oh yeah, I did promise several passages. Here they are. I’ll let them speak for themselves.

James 5:19-20 “My brothers and sisters, if one of you should wander from the truth and someone should bring that person back, remember this: Whoever turns a sinner from the error of their way will save them from death and cover over a multitude of sins.”

1 Cor. 5:11-13 But now I have written to you not to keep company with anyone named a brother, who is sexually immoral, or covetous, or an idolater, or a reviler, or a drunkard, or an extortioner—not even to eat with such a person. For what have I to do with judging those also who are outside? Do you not judge those who are inside?  But those who are outside God judges. Therefore “put away from yourselves the evil person.”

Rev. 18:9-10, 20-21 “And the kings of the earth, who committed sexual immorality and lived in luxury with her, will weep and wail over her when they see the smoke of her burning. They will stand far off, in fear of her torment, and say, “Alas! Alas! You great city, you mighty city, Babylon! For in a single hour your judgment has come… Rejoice over her, O Heaven, and you saints and apostles and prophets, for God has given judgment for you against her.”

(*) When I posted this I suspected it might solicit some concern and strong response. Let me respond with several things. First, this was written with some hyperbole in mind. What I mean is, it was intentionally provocative with a slight fictional edge to it. While yes I did unfriend several people who were aggressively posting things about this issue, I did not specifically write one person with this message. This is a blog, and represented my loving but strong response. Secondly and please hear this because this is key. I am writing here clearly to an evangelical christian who is, again, aggressively promoting their stance on this movement. Flaunting it. I have dozens or more unbelievers who hold to the same stance who remain good friends, on Facebook and outside Facebook. I hope they read this so they hear the love, the kind that also points to the cross and offers grace and hope.