I am in England as I write this. Yesterday I had the privilege of speaking at the church I pastored for seven years. We left sixteen years ago under painful circumstances. Elaine was recovering from brain cancer, and we were about to face the agonizing prospect of losing our oldest son to cancer. So, it was appropriate that I spoke about Isaac’s obedience (when his father Abraham was told by God to sacrifice him on an altar), a story which beautifully falls in the shadow of Jesus’s obedience. Each had a father who placed on the son’s shoulder an unbearable burden. It was love for the father that drove both to carry that burden, all the way to their cross. I spoke, too, how our suffering can only make sense under the shadow of the cross. We embrace it for the father. We accept what our father places on our shoulder because we love him, and we trust him.

After the service, the 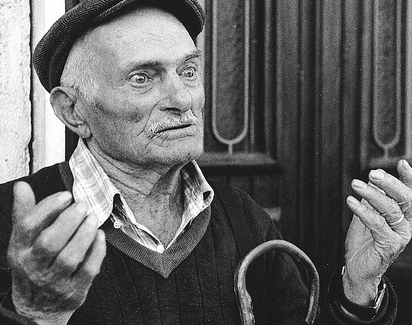 y had a lunch for us. Elaine and I mingled with old friends we had not seen in years. We also made new friends. An older man approached me who I did not know. He struggled to speak. I leaned in, straining to listen. His words were not clear, so I strained more. He told me how he was born with a stammer. His words stumbled out of his mouth but out of a heart that spoke clearly of deep appreciate for the burden his Father had placed on his shoulder. I blocked out all other noises and took in what I was hearing as though given the privilege of holding a precious gem. I was. The man explained to me how had God not given him this stammer he would be a very important person today. And, if he were a very important person today, he would not love Jesus. The stammer was God’s gift to him that gave him an unassuming life. He has lived in the background, standing to the side while others elbow their way for attention and positions. His stammer, he told me, forced him to always take the low place. It kept him humble. He actually told me he loved his stammer.

I thought I preached a pretty good sermon yesterday, until I met this man. It’s one thing to stand behind a pulpit and talk about humility. It’s another thing to live it. I met a man who does.