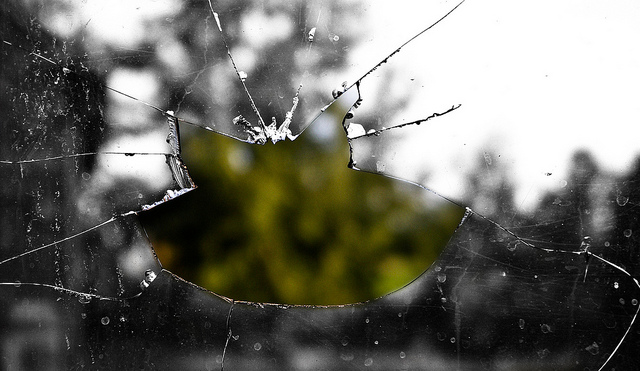 My wife and I spend a lot of time with our granddaughter, and I often ponder the sort of world she will have to grow up in. I think of how much has changed in just ten years and shudder at her future. Thankfully the role I can have as a grandfather is joining her parents in raising her to love Jesus and ultimately live in His Kingdom, a kingdom far different than the one we live in during these brief years. “Jesus answered, “My kingdom is not of this world. If my kingdom were of this world, my servants would have been fighting, that I might not be delivered over to the Jews. But my kingdom is not from the world.” – John 18:36

I find those struggling in ministry face the same challenge.  Many of them struggle because of a bad assumption that they deserve a better world than the one they’ve been given. It’s why I’m meeting with them. Their assumption that their context must improve before they can ever experience health and joy again is false. I try to help them understand that faith in something larger provides a path that allows us, invites us to live an ordered, healthy and even joyful life despite what is happening to us or around us. It happened to me some years ago.

My wife, Elaine, and I found ourselves in a ministry that I can only describe as deeply disappointing leading us to take a three day retreat to get our bearing.  It was there, following some professional counseling and after reading a great book appropriately titled, Before You Quit, by Blaine Allen, that my head and heart did clear. I was reminded especially by the book that throughout scripture God’s servants faced deep hardships. Their world was harsh, but their souls could withstand that harshness because their flag was planted on another kingdom, one they could trust. “All these people were still living by faith when they died. They did not receive the things promised; they only saw them and welcomed them from a distance, admitting that they were foreigners and strangers on earth. People who say such things show that they are looking for a country of their own. If they had been thinking of the country they had left, they would have had opportunity to return. Instead, they were longing for a better country—a heavenly one. Therefore God is not ashamed to be called their God, for he has prepared a city for them.” (Hebrews 11:13-16)

They knew this life, this context, even this ministry God called them to was not perfect, was messy and full of ugliness. I found from this time away that it was possible to live a quiet, purposful life in an uncertain world full of trouble. I returned  to ministry with a new, fresh perspective.

Interestingly the context I returned to did not improve. Things actually got harder, but we survived because we did not need it to get better. Our health, the state of our minds and the quality of our faith did not depend on this ministry being healthy. What anchors us soundly to this perspective is the story of Jesus best seen in his dying moment on the cross. “For the joy set before him, he endured the cross, scorning its shame….” (Hebrews 12:2)

For the joy set before him, he endured… What joy? It was his knowing the cross, the symbol of cruelty, built by ugly men with ugly hearts would be the means to express the deepest love imaginable, a love extended even to those who crucified him. Even to us, culpable in his death. That joy! The same joy available to me following a cruel church meeting where the ugly hearts of church people burst wide open in a place meant for worship. That same joy offered to the pastor who wants to quit because he feels abandoned by the sheep he hoped to lead. The same joy provided to the shattered missionary forced home by team members he’d hoped would have helped him reach the lost around them.

It’s the joy of knowing that on the other side of the ugly, stands God H
imself with wide open arms. The door to that embrace is the ugly-rugged-despised cross.

While I cannot guarantee that Anora, my granddaughter, will grow up in a better world than ours, I can be assured that by trusting Jesus she can survive and thrive in this world knowing her real place, her real home is with Jesus. And the same can be said of all of us who long for his return.

“As outfitted soldiers of God, standing firm, we can say the same thing, … Satan may kill the body, but he cannot touch the soul. He may take all that we have, but he cannot have all that we are. God’s child may lose everything, but he will be known forever as the one who got it all.” – Blaine Allen Before You Quit