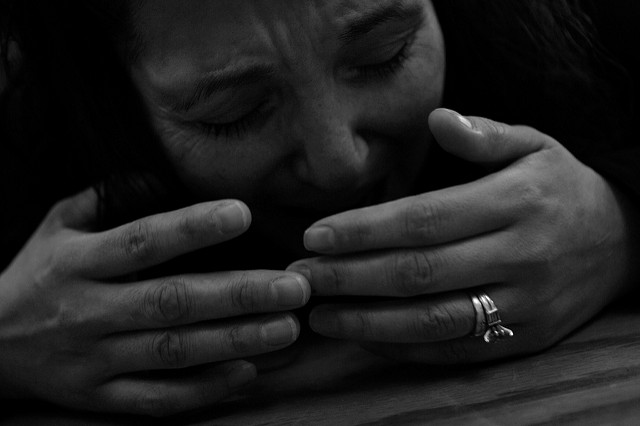 A Burden I Can’t Shake

I’ve been burdened about a number of things recently that I can’t shake off. During a recent quiet morning between sips of coffee, and reflecting on a Psalm, it struck me that some burdens are necessary burdens. These burdens cannot be shrugged off. Discerning between those meant for us from those that aren’t is not all that difficult. I’ll come back to that toward the end of this blog.

Some of the burdens Christians are asked to shoulder can hurt. They are heavy, sometimes near unbearable. A parent will toss and turn through a sleepless night agonizing over the plight of the spiritually wayward son. I will not, and cannot talk him out of that burden. I can encourage him, and take him to certain promises in the Bible, but the burden is his. It’s a necessary burden.

A wife grieving over her husband’s infidelity will struggle to love again and trust again. She will mourn those years where she was the exclusive object of his love, but now that affection has been shared with another with only vestiges left for her. It breaks her heart, and she lives with the pain and prospect that her marriage will never be the same again. What do I tell her when she comes to me for counsel? She seems to think I can somehow lighten that load, but I can’t. It’s hers. I can’t tell her to ignore what happened. This is heavy stuff. She owns this. For her, it’s a necessary burden.

A father longs for his son to call him just once, and he’s saddened by the memories of the two of them fishing together, and wrestling and laughing. Now, they are only memories.  What can I tell him? My son calls me sometimes twice a day, at least once every day. I don’t want to tell the grieving dad this. It’ll make his burden heavier, and it’s almost too much as it is. I can only imagine his pain, and I can say little to comfort him. I can and will pray with him. I can tell him to trust Jesus, and how His burden for the son is also a heavy one. God doesn’t want anyone to perish, and maybe this is his way, his purpose to bring the son to his heavenly Father. I can say all this to the hurting father, but I know delayed hope does little in the moment. His is a necessary burden.

A good friend from high school stood out from most of us with his deep devotion to Jesus. I can still picture him with guitar in hand, eyes closed, often with tears seeping through those lids as he led the student body in worship. My friend ended up marrying the gal he dated all four years of high school. Both loved Jesus and after graduating, he attended Bible College with plans to become a pastor. She supported him by taking care of the home and loving him in the same way she did when they first dated. Two years into Bible College, still driven by his desire to serve Jesus, he switched tracks to study anthropology at a liberal university. “It’ll better help me reach secular people,” he rationalized to his wife and some of his close friends. It took a while for his Christian training to unravel, but eventually it all dismantled, and what had once been a stalwart unbending faith, was now replaced by deep skepticism and spiritual withdrawal. When I met him some years later, I hardly recognized him. Not only did he boldly express his abandonment of faith with pride, but his appearance was hardened, calloused by years of leaving one way of life driven by hope, for another way that seemed to me to be hopeless and futile.

His wife called me often during those early years, asking for help. During one call she told me he’d been unfaithful to her, but she remained committed to him. For the sake of his two children, not for any spiritual reasons, he chose to stay in the marriage, but it hung by a thread. In time, the weight of the burden became too much and that thread snapped. She missed most the sharing together of their faith. Praying, singing and discussing deep doctrine, now were replaced with a void of common interests. She struggled to raise her two boys to love Jesus who themselves were pulled, like a living tug of war by his mocking and scorn. He tried to talk her out of what she believed, but she stood strong, refusing to bend. Some years later, a second breach to their covenant marriage was too much for her, and he left to pursue the love of another,  one who could share his unbelief. Her’s was a necessary burden, one I could not talk her out of. This one came with deep trust in Jesus, absent of a godly husband.

Necessary burdens are the heaviest to carry. Those placed on us by conflict, or by our own sinfulness, can be lifted through reconciliation and repentance. Those placed on us by God are the heaviest. What are they, and why are they different than the burdens we can remove? I can answer that best by going to scripture, and then offer you an encouraging word or two about those burdens you find necessary, because you know they’ve been placed there by God.

In Colossians 1:29 the Apostle Paul longed for his readers to come to mature faith in Jesus. It kept him up at night. He agonized over the prospect that some were not believers. He summed it up like this:For this I toil, struggling with all his energy that he powerfully works within me. The most famous of Paul’s necessary burdens involved his resignation to a certain thorn or burden God would not take away. Paul pleaded with God three times, or through three seasons of prayer, for this thorn to be removed. Interestingly he was given this thorn so he would not boast of what he had seen of heaven in a vision.So to keep me from becoming conceited because of the surpassing greatness of the revelations,  a thorn was given me in the flesh, a messenger of Satan to harass me, to keep me from becoming conceited.Three times I pleaded with the Lord about this, that it should leave me.But he said to me, “My grace is sufficient for you, for my power is made perfect in weakness. (2 Cor. 12:7-9) This burden, whatever the thorn was, was nearly unbearable for Paul, but in the end he knew it was of God, thus a necessary burden.

And then you have Jesus in the Garden just before his crucifixion. God had placed on him the heaviest burden ever placed on any man. You could even say, he placed on Jesus all of the burdens of mankind, the burden of sin. It all now crushed hard on the shoulders of Jesus. He would carry it to the cross. But now, in the garden the pain was nearly too much. He tried to share it with his disciples, My soul is very sorrowful, even to death (Matthew 26:29), but they could not handle it, so he walked back into the darkness alone and cried out to God. His was a necessary burden, placed there by his Father.

Are all burdens placed on us given to us by our Heavenly Father? Yes, the necessary ones are. The ones we plead that he take away, but he tells us that it is our unwelcome privileged to carry them. I think of my son’s death. I could do nothing to remove this, and neither could others. Some tried with cheap words and cheap remedies, but it was mine. Our family owned this. And in the midst of the journey when the burden seemed too heavy, and taking one more step seemed almost impossible, God reminded us that this was ours to carry, and he would give us courage to endure. And we did. And years later, it overwhelmed me that in fact, as Elizabeth Elliot once put it, God had carried the heavier end of this cross. Necessary burdens are a gift from God, and one he shares with us. He trusts us with it, and it can even be seen as a token of his love.

The take away from this perspective on burdens is dynamic. It permits me, before I try to fight off what I am going through, to ask of God, what is it you are wanting from me with this? We can begin to see our burdens as a kind of strange privilege, or as I stated earlier, an unwelcome privilege. We begin to understand that God’s greatest work in our lives, and even through our lives is by the burdens he has placed on us.

Perhaps you’ve been fighting what God has placed on you. My prayer is that God will give you the grace to endure, but more. That he would also grant you the wisdom to see what he can do in bringing you close to himself where our burdens actually become an invitation to share in his own suffering. …that I may know him and the power of his resurrection, and may share his sufferings, becoming like him in his death, (Phil. 3:10). Truly, we are most like Jesus when we stop resisting the necessary burdens he has placed upon us.

It was good for me to be afflicted so that I might learn your decrees. Psalm 119:71

6 thoughts on “A Blog: Necessary Burdens”